Facebook Twitter LinkedIn Tumblr Pinterest Reddit VKontakte Odnoklassniki Pocket WhatsApp
What is Scala?
Scala is an acronym for “Scalable Language”. It is a general-purpose programming language designed for the programmers who want to write programs in a concise, elegant, and type-safe way. Scala enables programmers to be more productive. Scala is developed as an object-oriented and functional programming language. From the functional programming perspective- each function in Scala is a value and from the object-oriented aspect – each value in Scala is an object.
Scala is a JVM based statistically typed language that is safe and expressive. With its extensions that can be easily integrated into the language-Scala is considered as the language of choice to achieve extensibility.
Why Learning Scala program
The most difficult thing for big data developers today is choosing a programming language for big data applications. Python and R programming, are the languages of choice among data scientists for building machine learning models whilst Java remains the go-to programming language for developing Hadoop applications.
With the rise of various big data frameworks like Apache Kafka and Apache Spark-Scala programming language has picked up prominence among big data developers.
With support for multiple programming languages like Java, Python, R, and Scala in Spark –it often becomes difficult for developers to decide which language to choose when working on a Spark project. A common question that industry experts are asked is – What language should I choose for my next Apache Spark project? The answer to this question varies, as it depends on the programming expertise of the developers but preferably Scala programming language has become the language of choice for working with big data frameworks like Apache Spark and Kafka.
List of PGP Programs:-
Register now – https://www.iiht.com/ils/pgp/big-data-development/
Show More
Share
Facebook Twitter LinkedIn Tumblr Pinterest Reddit VKontakte Odnoklassniki Pocket Share via Email Print 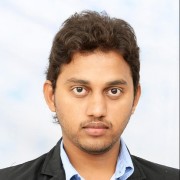 Temporary Downsizing and COVID! Here is What to Do